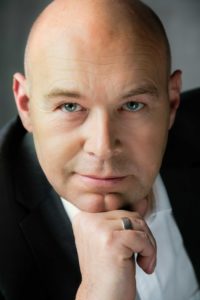 VOGARD was founded by Michael Vogt in 2002. A native of Grenchen, a center of the Swiss watch industry, he is a passionate watch enthusiast. As a student, he gained his first insight into watchmaking when he did an internship on the assembly line right at the time when SWATCH was launched in 1983.
After receiving his Business Administration degree from the University of St.Gallen, he started his career with Unilever, a well- known consumer products company. In 1992 he entered the watch industry and gained valuable business experience in Senior Marketing positions with TAGHeuer, EBEL and GUCCI. In 1999 he became an entrepreneur and joined the Internet start-up Aseantic as a partner. The sale of his shares sometime later enabled him to turn his vision of VOGARD and the “best traveler’s watch ever” into reality.

Michael Vogt - A watch enthusiast with passion for world timers